Meilan was a young, happy girl. She lived in a large house with gardens all around it. Her father was Judge Chang. He is the most important judge in Kaifeng China, where they lived long ago.

One day a distant cousin came at the house. His name was Ling Po. He was a tall, handsome fellow, sixteen years old. He was looking for work. Meilan’s mother liked the young one at once. She gave him a job. He worked as a servant, caring for visitors.

Ling Po was a year older than Meilan. They often talked and laughed together. Ling was very bright and full of fun. He told wonderful stories. Meilan enjoyed hearing them. But Ling was not a good servant, he often forget things. And he made mistakes. So, Meilan’s mother asked him to work as a gardener. Ling Po loved the flowers and the trees. He was very happy doing that work.

Ling taught himself to paint. When he had the time, he painted beautiful pictures. He could also make animals out of clay. They looked so real, you would have thought they were alive. Everyone in the family liked Ling Po-everyone but Judge Chang. Of course Meilan liked Ling very much. But since they were cousins, marriage is seemed out of the question. When Ling was eighteen, he suddenly announced, “I have found a new job. I will going to be a helper in a shop where they work with jade.”

Jade is a very hard stone. It is used to make jewelry. It is not easy to carve jewelry out of jade. Good jewelry made of jade costs a lot of money. So Ling went to work at his new job. But he continued to live at the house. And he spent even more time with Meilan than he had before.

One day Meilan’s mother said to her. “You and Ling are both grown up now. Although Ling is your cousin, you should not see each other so much.

These words made Meilan think. She had never realized that she was in love with Ling Po.

That night she met Ling in the garden. She said, “Mother says that I must not see you so much.”

Ling paused, then said, “We are grown up now.” “What does that mean?” Meilan asked.

“It means I love you.” Ling Po answered.

“But.” said Meilan, “you know that I cannot marry you. And before long, my parents will make me marry some other man.” Ling said, “All that I know is this. Everything you are is wonderful to me. I am happy when you are near. When you are away, I am lonely and sad.”

Meilan sighed and asked, “Are you happy now?” “Yes, Meilan,” he answered. “We belong to each other.”

Meilan was confused. She said, “But you know that we cannot marry.”

“Do not say that,” answered Ling.

“You must understand,” said Meilan.

“I understand only this,” said Ling. He took Meilan into his arms. “We were meant for each other. I will not let you go.”

Meilan broke away from him and ran to her room, From that night on she was completely changed. The more she tried to stop their love, the more it grew. They were in love’s power.

One day Meilan’s father decided to give his wife a present. He bought a large piece of very beautiful Jade. He went to the shop where Ling Po worked.

He said to Ling. “Here is a piece of very fine jade. I would like you to carve a statue out of this Jade. If you do it well, you will receive a rich reward.”

Ling looked at the lovely stone. He said, “I will carve a statue out of this Jade. I will make a statue of the Goddess of Mercy. It will be the most beautiful statue that anyone has ever seen.”

Ling worked for many months. When the statue was finished, it was a wonderful work of art. It was marvelous to see. The goddess’s face like that of a woman he loved.
Judge Chang was delighted. “The face is like Meilan’s,” he said.
“Yes,” Ling answered, proudly. “That is the way I meant it to be.”

The Judge gave Ling a great deal of money. And from that day on, every. one knew about Ling Yet what he wanted most he could not have. Success meant nothing to him without Meilan.

One day Meilan’s parents decided that Meilan must marry the son of a friend. Meilan and Ling were still very much in love. They did not know what to do. Finally they decided to run away. They went at night through a gate in the garden. But an old servant happened to see them leave. He tried to stop them. He grabbed Meilan and refused to let her go. Ling had no choice. He pushed the servant aside, and the old man fell. He hit his head against a rock and did not move. Meilan and Ling looked down at the dead man on the ground. Then, filled with fear, they began to run.

The next day the family discovered that Ling and Meilan were gone. The servant was found lying dead in the garden. Judge Chang flew into a rage.
“I shall cover the earth!” he cried. “I will find Ling Po and punish him!”

Meilan and Ling went to the city of Kian in the south of China. There they were married. “There is good jade here,” said Ling. This is where I will work.” Meilan was worried. “Do you think that you should carve jade again?” she asked. “People will recognize your work.” “But that was what we planned to do,” he said.

“That was before the servant died,” she answered, “They think we killed him. Can’t you do some other kind of work? Why don’t you make animals out of clay?”

“I don’t think we have to worry,” answered Ling. “Kian is a thousand miles away from Kaifeng Nobody here knows us.

Meilan had taken some of her jewelry before they left. They sold the jewelry and bought good jade for Ling to carve. Ling opened a shop. He made very beautiful things. Before long, many people came to the shop to buy his work.

“Dear, I am worried,” Meilan said to Ling. “You are getting to be very well known. I am afraid that they will find out who we are.”

“There is no need to worry.” said Ling.

One day a man walked into the shop. He looked around. Then he said, “Are you not Ling Po? Didn’t you once live in Kaifeng? Did you not run away with the daughter of Judge Chang?

Ling Po said, “I do not know Judge Chang. I have never been to Kaifeng.”

Meilan watched this from the back of the shop. When the man left, Meilan came out. She told Ling, “That man works in my father’s office.”
The next day the man came in again. The man said, “I believe that you are Ling Po.”

“I am running a shop here,” said Ling, “I must ask you to leave.” The man smiled at Ling. “I shall be back with the police,” he said.

As soon as the man left, Meilan and Ling packed their things. They hired a boat and sailed far up the river. Finally they stopped at the city of Hanshoy. There Ling sold the jade pieces that he had brought.

“Listen to me now.” said Meilan. “This time we must open a shop and sell things made of clay. You can sell the clay animals that you make. Later things may change. Then you can carve jade again.”
Ling set up a shop and made animals out of clay. But in his heart he wanted to carve jade.

One day he picked up a clay animal he had just made. He crushed the clay between his fingers. “Mud!” he exclaimed. “Why should I work with mud when I can work with jade!”
So, without telling Meilan, he made two beautiful pieces out of jade.
One afternoon he sold them to a stranger, who offered a very high price. A week later, three police officers came to Ling’s shop. They had orders to arrest Ling Po and Meilan and to bring them back to Kaifeng. The man from Judge Chang’s office was with the police.

“We will go with you,” Ling told the officers. “Just let us pack a few things.”

Ling Po and his wife were allowed to go to the back of the shop, while the officers waited in front It was a very sad moment for them both. Meilan burst into tears, Ling Po kissed his wife and said good-bye. He knew that he would never see her again. Then he jumped down from the window. “I will love you always.” Meilan called softly

“And I will love you forever.” Ling Po answered. Ling took one last look at Meilan as she stood at the window. She raised her arm and waved good-bye to him forever.

After Ling had disappeared in the distance, Meilan calmly entered the front of the shop. Very slowly she began putting things into a bag. After a while, the officers became suspicious. They searched the shop. But Ling Po had gone.

When she returned home. Meilan discovered that her mother had died. Her father was glad, in a way, that Ling had escaped. For he would not have known what to do with him. Still, he could not forgive the man who had brought shame to his family.

Years passed and no news about Ling ever came. Meilan never saw his face again. But every day she looked at the beautiful Goddess of Mercy that Ling had made. And for as long as Meilan lived, Ling remained alive in her heart. 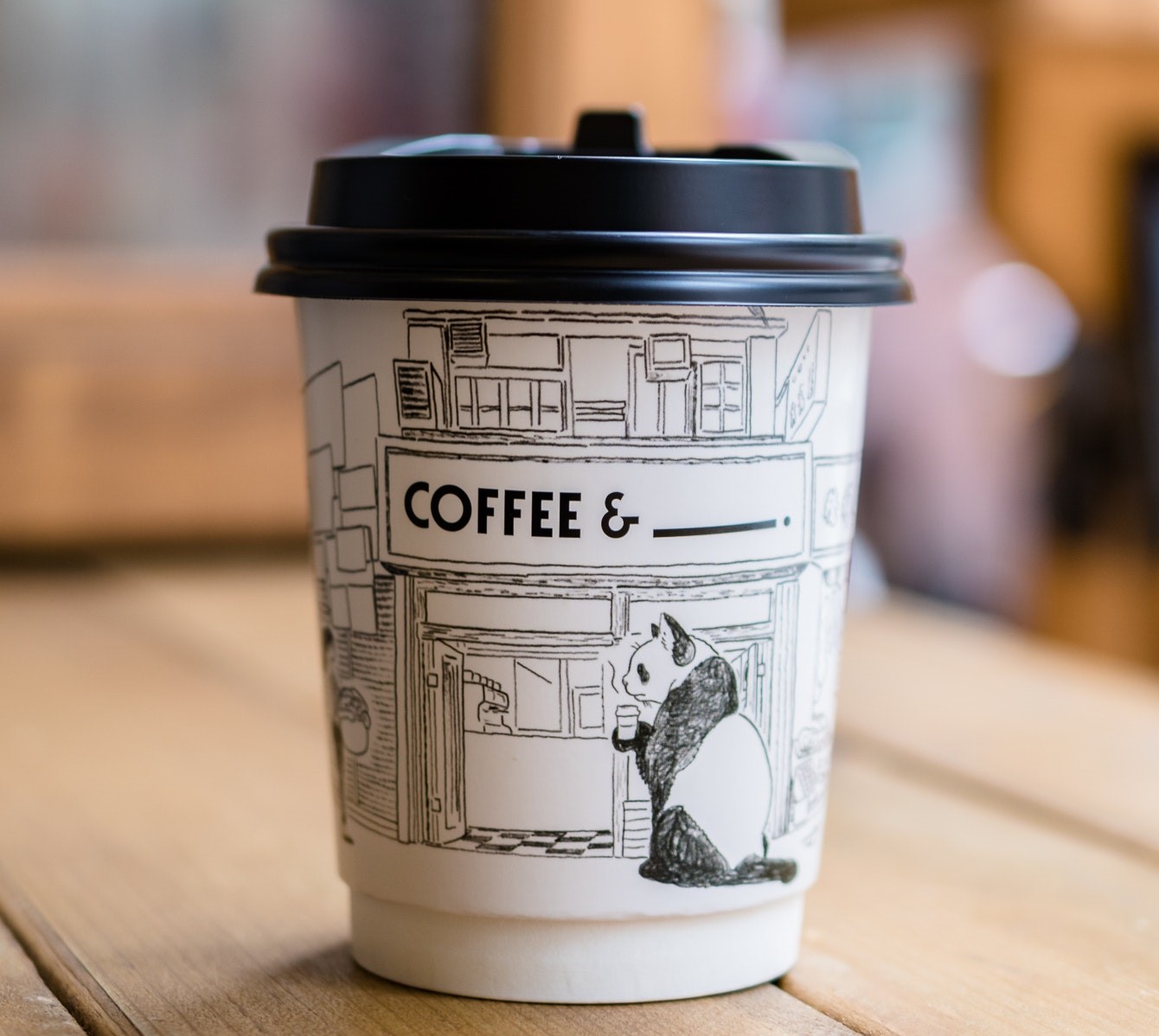 Buy me a coffee to fuel my pen.